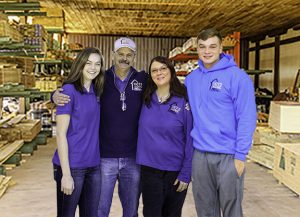 “From Our Home to Yours with Quality Since 1967” is a motto we firmly stand by. As a family-owned and oriented business, we are proud to provide services and product to our community including a full-line of hardware, clothing, hunting and sporting goods, automotive supplies, and much more.

The story of Yates Home PRO begins long before the terms “big box stores” or “chain retailers” were ever heard. In 1967, Bob Yates had an idea about opening a small “one-stop-shop” for his community. Although Bob was a rural mail carrier, he knew he had the support and help of his family to bring his idea to life. On July 4, 1967, Yates Home Store was opened. While Bob continued to run his daily mail route, his family stepped in to run the business. His wife, Myrtle, son Harkey and daughter Overia worked each day, often after school, to help the business grow. At the end of his mail route each day, Bob would start his shift at the store. The store opened each morning at 7:30am and remained open until midnight; 6 days a week. On Sunday, the store opened after church services were complete and closed at 6:00pm. The store was always open on holidays. Besides his store, Bob also taught singing classes in the local churches.

With the time and attention only a family can give, the business thrived and expansions were needed. Bob retired from the Postal service in 1978 and began the first major expansion to the store. Between 1973 and 1990, 4 more buildings were added in addition to 2 warehouses in the 1980’s. In 1986, the State of Tennessee purchased the land that the original Yates store was located on. Bob Yates decided to purchase new land and rebuild his store. In January of 1990, construction of the new building began.

Isaiah 40:8 – The grass withers, the flower fades, but the word of God will stand forever.

Before each beginning, there must be an end. Unfortunately, Bob Yates was diagnosed with cancer in March of 1990. Although his desire was to see the new store completed and fully operational, he passed away in December of that year. Stepping into his father’s footsteps, Harkey Yates took over as manager of the new store. Harkey oversaw much of the expansion that included an additional lumberyard. A beloved member of his community, his repair work was very important to him and he never turned down jobs. He worked tirelessly as the music director of his church and as a city Alderman. Without warning, the Yates family suffered the loss of Harkey in 2011. Using the many years of knowledge gained in working at the store, his sister Overia took over the reins.

Overia and her husband, J.R. Russell, have a vested interest in the community and are proud to offer the same “one-stop-shop” philosophy her father had. They have continued to expand the inventory and now offer services not found at larger “box stores.” It’s the personal service offered at Yates Home PRO that makes the business so successful and family that bonds it together.

Come visit us at Yates Home PRO and find out why we are Tellico Plains #1 source for hardware, sporting goods, lumber, automotive goods, and more. 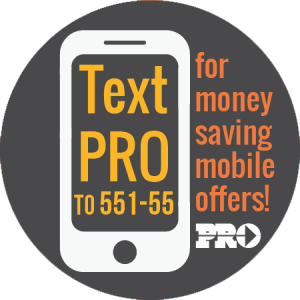 Fill out this form to get in touch with us!